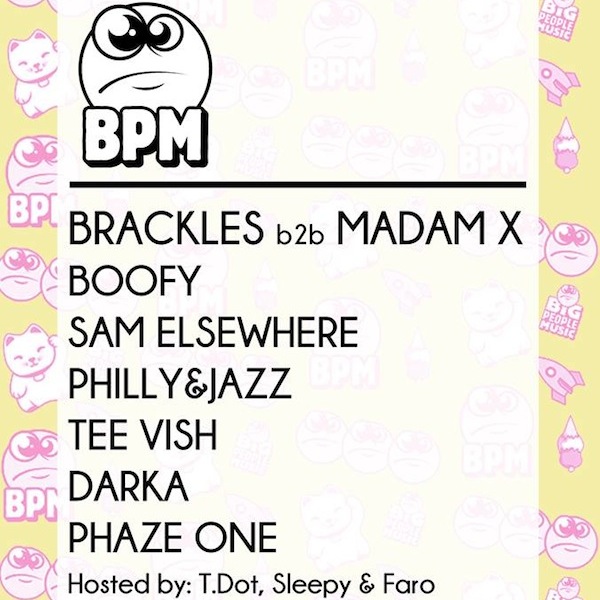 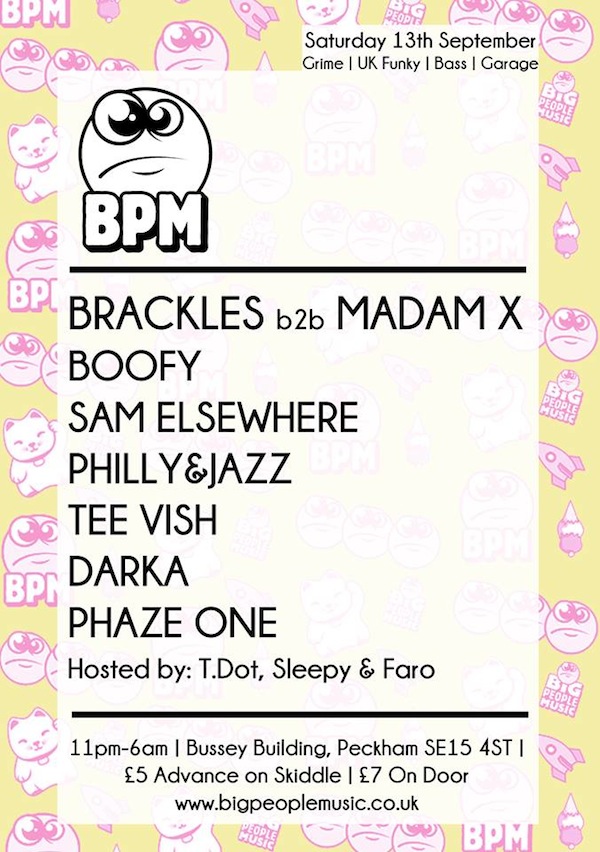 Following the success of their last event alongside GET SOME and Coyote Records, Manchester’s BPM crew are returning for a second takeover at Bussey Building in Peckham this Saturday, 13th September.

Topping the bill are BPM founder Madam X and Rinse FM affiliate Brackles, who will be playing a special back to back set on the night. Both known for their impeccable mixing and flawless selection, their set is guaranteed to go off. They are joined by Sector 7 Sounds co-founder Boofy, whose striking grime instrumentals have lit up Bandalu and Tumble Audio as well as Sector 7 Sounds alongside Lemzly Dale. Liminal Sounds will also be representing on the lineup with a set from Sam Elsewhere.

The Big People Music crew will be in full effect too. As well as Madam X, the lineup is completed by BPM gang Philly&Jazz, Tee Vish, Darka and Phaze One. Hosting duties will be handled by T.Dot, Sleepy and Faro.