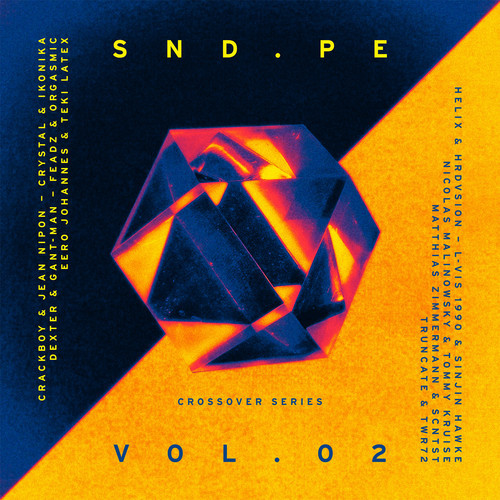 This is not the first time the pair have collaborated, having aired ‘Flash Alert‘ on Hawke’s video-only Fractal Fantasy label back in November last year, and ‘The Pit’ travels down a similar path. Warming layers of sub-zero atmospheres with juddering, scattershot rhythms and buoyantly squirming synth strokes, the track never quite forms into a coherent or defined structure, mischievously wriggling its way through its five minute duration and leaving plenty of wrong footed dancers and disoriented listeners in its wake.

You can pick up a copy of ‘SND.PE Vol.02: Crossover Series’ now on iTunes.