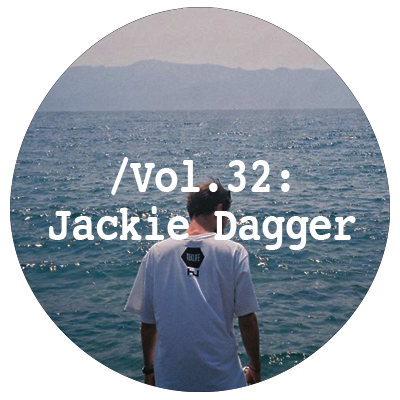 Following a bit of a gap since the last edition, we are really happy to be back with the 32nd installment of our mix series as we hand over the reins to the brilliantly monikered Serbian DJ/producer, Mystic Stylez crew member and Teklife affiliate Jackie Dagger.

Regularly DJing and throwing parties in Serbia and around Europe with the Belgrade-based Mystic Stylez crew, Jackie Dagger has built a reputation for pushing the best in bass-led electronic music, curating an array of international lineups that take in everything from garage and grime through to ghetto house and footwork. He also has proven credentials as a producer, dropping releases on FEM and Sonic District, with a slew of dubs making their way across the internet and cropping up in tastemakers’ mixes. Imbued with the same inclusive approach as his DJ sets, his tracks take in a plethora of different sounds with aplomb. He has just dropped a video for his heavy dancehall-leaning ‘U Nah Ready’ with OriginAll, which you can check out below.

Showcasing both his forward-thinking selection and flawless mixing, his forty minute mix for us joins the dots between hip hop, grime and footwork as it moves fluidly from 130bpm to 160bpm, taking in tracks from both sides of the Atlantic. The tracklist is packed with upfront and exclusive material from the likes of Strict Face, Breen, Spinn, Rashad and Earl, with a couple of his own productions thrown in there for good measure as well. Enjoy!