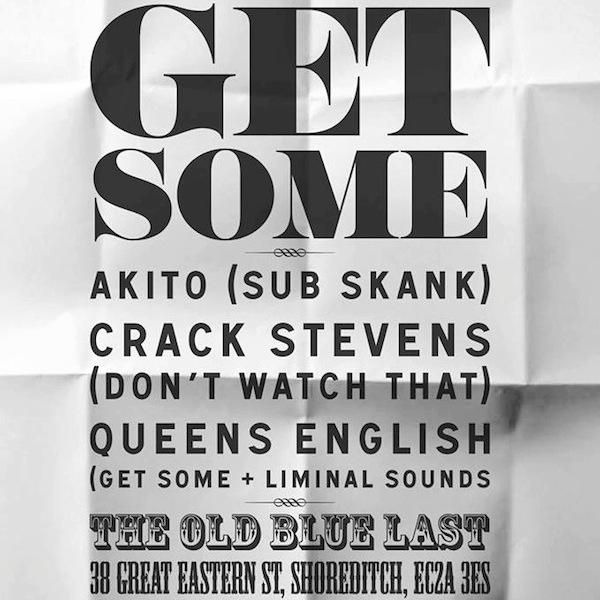 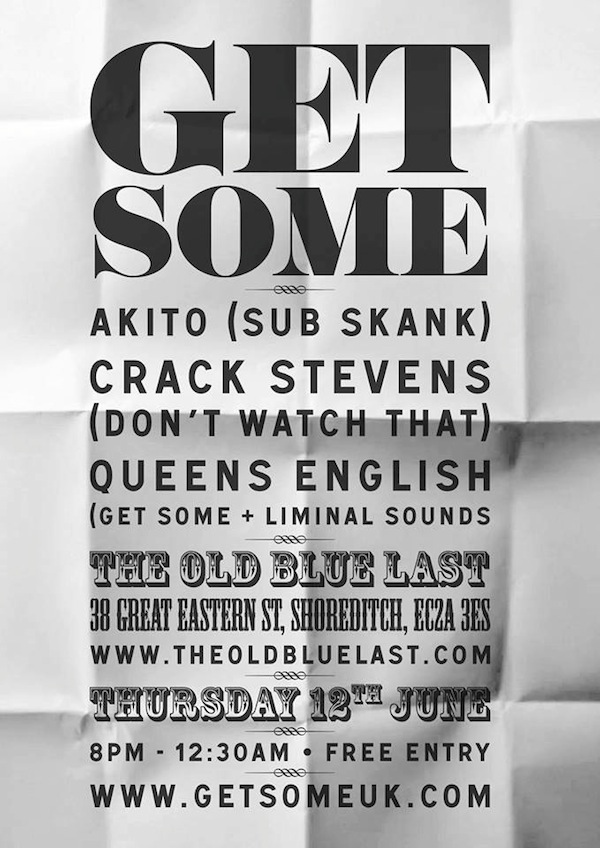 This Thursday, GET SOME is launching a new night upstairs at Old Blue Last as a platform to showcase the collective’s take on underground club music. As well as sets from the full roster, you can expect a selection of guests slots from extended friends and family at each event.

Topping the bill for the first night is Akito, a founding member of London-based club night turned record label Sub Skank. Drawing on elements of grime, house, UK funky and dancehall, he released his ‘Metamessage’ EP earlier this year to widespread support. On the night you can expect an arsenal of fresh and inventive club music.

Joining the lineup is Don’t Watch That TV’s Crack Stevens. The NTS show host, who continues to build a reputation as one of London’s most exciting new DJs, will be bringing his extensive collection of upfront club trax on the night.

Support will come from Queens English, the collaborative project between Get Some co-founder Leigh GS and Liminal Sounds co-owner Sam Elsewhere. With a focus on dance floor sounds, they will be playing music that spans BPMs and genres, bringing a selection of ballroom, Jersey club, ghetto house, juke and footwork.