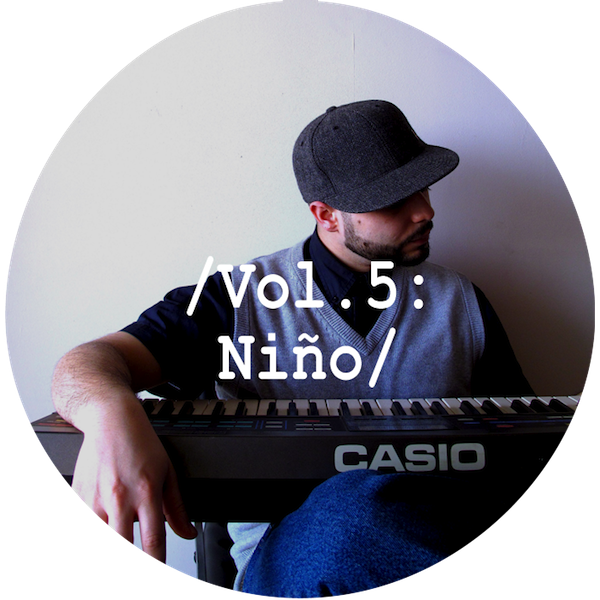 Having began in the summer of 2009 as a Brighton-based club night endorsing mutant hip hop variants and left-of-centre bass music, the Donky Pitch family became a record label last summer with the release of the brilliant ‘Donky Stomp’ EP. Featuring contributions from residents Slugabed and Ghost Mutt as well as a remix from Mweslee, they came out of the blocks hard with their first release – In fact, I was so enamoured with it that I made sure I interviewed Ghost Mutt after hearing it.

For the second Donky Pitch release they have found a worthy successor in Barcelona-based beatsmith Niño who delivers five tracks of brilliantly hyperactive synth-driven hip hop. Exploding with rattling drum lines, warped low end and sun-soaked synths, the EP gives a nod to classic RnB, funk and boogie influences while melting them all down into one satisfyingly indescribable and addictive sonic whirlwind. From the juddering opener ‘Buio Omega’ through the buoyant title track to the driving ‘Bright Lights, Big City’, the EP jumps schizophrenically from one track to the next, tied together by the frenetic synth work, cavernous drums and low slung funk.

The EP also comes with a brilliant selection of remixes from extended friends and family. Big Dada signing Offshore strips away the layers from ‘Buio Omega’ to give it a hard bounce, Kelpe tightens the screws on ‘Innsmouth’ building it around the tumbling swing of the drums and newcomer Krsur gives ‘Bright Lights, Big City’ a brilliant West Coast Cali swagger.

In celebration of the release, Niño has kindly obliged in putting together the long overdue (but well worth the wait) fifth installment in the Liminal Sounds mix series with the ‘Clase de 1984 mix’. Packed with kindred musical spirits, the mix travels through the likes of Rustie, Lunice, Slugabed and Krsur via a modest smattering of his own productions and remixes. Listen and download it below!