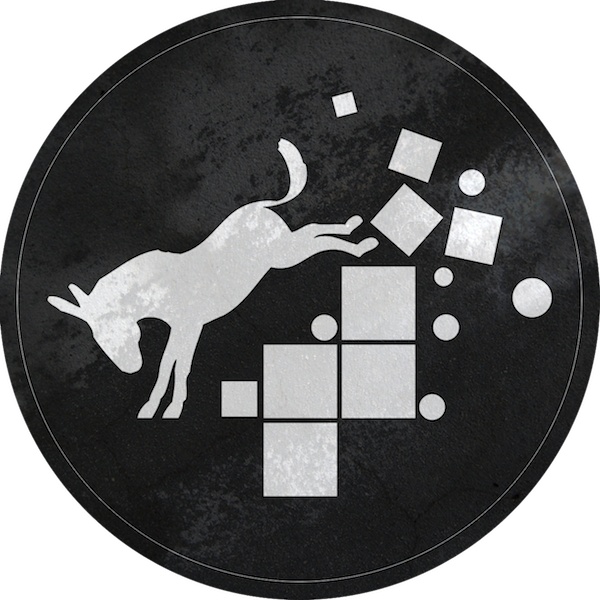 It is most likely that it is as Lil B’s resident producer that Seattle-based artist Keyboard Kid 206 has found himself the centre of a lot of attention. At the vanguard of the Based movement, his instrumentals have provided the perfect landscape for Lil B’s slurred, abstract rhymes as they have continued to permeate the internet ether. That said, it is as instrumentals that his music really comes to life for me, afforded the freedom to diverge from the lyrical into purely sonic realms (You can read the interview I did with him back in January here for a more in-depth insight). A slew of impressive free mixtapes and self-released EPs including ‘Video Games and Blunts’, ‘Based in the Rain’ and ‘Cosmonaut’ have articulated more fully the extent of his capabilities and now his first official solo release is coming out courtesy of the Brighton based Donky Pitch crew. ‘The Transition’ EP features five tracks of ‘hyper-charged synth workouts, off-the-grid hip hop and computer techno’ and is one of the most intriguing releases to come out so far this year.

‘WelcomeX’ immediately explodes in a shower of maximalist colour that sets the pace for the EP. Anchored by thick grinding chords, the hyperspeed glitches and skittering drum line blaze through the track as it opens up into waves of languorous synth smudges and impressionistic vocal cuts which float off into dreamy euphoria. Title track ‘TheTransition’ then warps this palette by setting its squirming neon synths against a more expansive backdrop, driven by splashing hi hats and the driving kick underneath. Overloading the top end, it bumps and swaggers under its own weight as it staggers through the dramatic terrain.

‘BasedExcorcism’ then takes a slight step back, coming closest to the more reflective nature of his work with Lil B. Redirecting its focus to the heavily manipulated vocals and buzzing, crushed midrange at its core, it wields a steady lurching force for the first minute of the track before breaking loose in to a double time rhythm that gives it a renewed urgency as it forces itself through the pervasive fog. ‘TheMost’ builds its intensity out of layer upon layer of bubbling synths, each working to their own rhythm and dynamic range as Keyboard Kid holds back the drum line for the first half of the song. As it breaks into an intense MPC workout, tumbling kick rolls, scattershot snares and cascading synths run riot through the track. ‘Love Live Swag’ then plays out the EP on an uncompromising hyper-charged trance onslaught full of sickly sweet synths and pounding 4×4 drums that probably shouldn’t work but are somehow incredibly addictive.

Removing himself from the restrictions of building his beats around an MC, Keyboard Kid 206 is able to indulge his kaleidoscopic synth palette and ADD rhythmic approach to their fullest and the EP is all the better for it. This is evidently the work of someone bigger than a list of production credits on rappers’ mixtapes and whose futuristic sonic vision you would be better off filing next to lauded artists like Kuedo, Rustie or Zomby.